Share a memory
Obituary & Services
Tribute Wall
Read more about the life story of Richarda "Rikki" and share your memory.

Rikki was born on March 17th, 1942 in Baltimore, MD, to the late Elmer and Imogene Fitzwater. At the age of 9,  her Mother, Father and younger sister Karen June Finnegan, moved to Arbutus, MD. She spent her teenage years in Arbutus often working hard to convince her Father to lend her his car so that she and her friends could go to the local hangout Champs for a burger and milkshake. She graduated from Catonsville High School on June 12th, 1960, then attending The University of Maryland for a brief period prior to taking a job as a key punch operator at AT&T. In 1963, she met the love of her life, Robert "Bob" Nils Anderson, and they were married on May 29th, 1965. Rikki was very devoted to her faith and the Episcopal Church. She was a member of St. Alban's Episcopal Church in Glen Burnie, MD from 1966 - 2004, helping to support the congregation throughout those years as a Sunday school teacher, youth group leader and Sr. Warden of the Vestry. In 2004, Rikki and Bob moved to Florida and she continued supporting her faith at St. John's Episcopal Church in Hollywood, Fl serving as a member of the Cursio Women's group, choir and also held the position of Sr. Warden of the Vestry.

Rikki held many jobs throughout her life but none more important than being a loving wife and mother to her three children Michelle, Eric & Karen. As the matriarch of the family she supported all three kids with their extracurricular activities including the majorettes, Girls Scouts, Indian guides, Boy Scouts, t-ball, softball, soccer and the  high school marching band. She supported and offered guidance to her children as they grew, allowing them freedom while providing a gentle nudge or words of encouragement when needed.

A Memorial Service will be held at Singleton Funeral & Cremation Services, P.A., 1 2nd Ave. SW (at Crain Hwy) on Saturday, February 4th, at 11 AM. In lieu of flowers, contributions may be made in her name to Pets With Disabilities in Prince Frederick, Maryland, www.petswithdisabilities.org.

To send flowers to the family or plant a tree in memory of Richarda "Rikki" Lee Anderson, please visit our floral store. 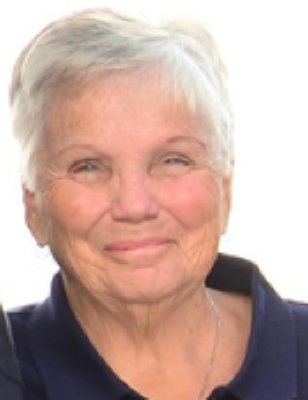